How Big a Threat Is School Violence? 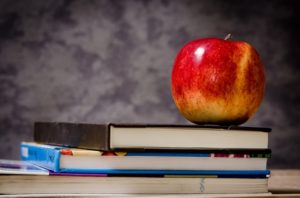 How does a school know what to focus on in terms of security? Read on to find out.

With the school year now going full-steam ahead, the daily routines for the next nine months are in place. Class schedules rotate day by day, with extra activities, homework, grading, and more on the side. However, there may be something lacking. Many schools across the country lack the preparation needed to respond to school violence and emergencies. The greatest fear is an active shooter. What measures, then, should administrators take? How big a threat is school violence?

How Prevalent Are Active Shootings?

When we think of school violence, the first kind of incident that might pop into our brains is an active shooter. While such shootings across schools and college campuses have showered the media in the last decade, it turns out that this particular threat is far rarer than almost any other type of threat. According to the Educator’s School Safety Network (ESSN) Report for 2018-2019, only 6% of all school violence incidents involved a shooting. Most of the incidents were false reports or reports of suspicious activity alone. The least prevalent threat was the use or presence of explosives, about 6 to every 10 school shootings.

How Prevalent Is School Violence?

From 1993 onward, the nation saw a great and gradual drop in violence in schools. At the same time, awareness of such violence grew perhaps. The greater awareness caused people to think violence, such as active shooting, is a lot more common nowadays. In 2012, at least, almost all crimes against students happened outside of school grounds.

Meanwhile, in the EESN Report for 2017-2018, both threats and violent events rose by an alarming 62% from the previous year. Most of the incidents occurred 30 days after following what is known as the Parkland shooting. Moreover, USA Today reported in August 2018 that 51% of that year’s violence and threats happened in ten states alone.

The Challenge for the Future

In light of the risks and types of risks there are, a school should prepare as necessary for all possible scenarios. While active shootings may be the worst kind of incident, they should not consume all of a school’s energy and resources for school security. Violence without guns is a more common issue, and some states may need more help than others at different points in time. Schools should be mindful of what training they can do and what security measures they can take to prepare.

When you choose to work with S&B Pro Security, you are working with a company that offers the highest-end equipment and installation, with team members who are top experts in the security field. We offer residential, small business, commercial, and government security in Delaware, Maryland, Washington D.C., Northern Virginia, Baltimore, Wilmington, Newark, Annapolis, Hanover, and Rehoboth Beach.

Categories: Education | Tags: risk, school security, and school violence
This entry was posted on Thursday, September 19th, 2019 at 1:31 pm. Both comments and pings are currently closed.